Twenty years in, Taiwanese band Mayday is a phenomenon on par with the rock acts of bygone eras.

Though their fame is limited in scope primarily to the East Asian music market, Mayday is one of the world’s best-selling bands: According to Alibaba’s Ali Music Group, their latest album, last July’s History of Tomorrow, saw more than 200 million digital sales in Taiwan and China alone, proving that time is doing nothing to minimize the band’s success. (For reference, 2016's top-selling album in the U.S, Drake’s Views, racked up 4.14 million equivalent album units that year, according to Nielsen Music.)

The same album took home the best Mandarin album of the year award at this year’s Golden Melody Awards in June, the most prestigious music awards ceremony in the Chinese-speaking world.

While they’re on the cusp of middle age, the band members have a boyish charm to them that attracts both new and old listeners to their music two decades in. Sitting on a ledge with his feet dangling behind him, Masa, the youngest member at 40, radiated enthusiasm as he took in the view of the lower Manhattan skyline. In the States to prep for the upcoming U.S. stops of their Life tour, and to see U2’s Joshua Tree tour, Ashin, Masa and Monster spoke to Billboard about their extensive career.

With the casual air of friends who have spent far too much time together -- and admit to knowing every one of each other’s little secrets -- the three admit that all five share a bond of familial kinship. “We were friends from high school so the last 20 years has been more like, ‘Oh, I spent 20 years with these family members,’” said Masa. According to Monster, Mayday’s existence in their lives isn’t even a question anymore. “If it’s not Mayday, we don’t know what we would do.”

Their longstanding friendship has ensured that Mayday’s members never fight, the members insisted. “We debate. We don’t argue,” said Masa. “The biggest obstacles we face are during the creative process while making music,” added Monster. “We just have to work through those issues and work them out.”

Mayday’s fans are young and old, long-term and new listeners who look to the band’s anthemic songs for inspiration. Epic concerts are the backbone of the band’s career, and Mayday’s relationship with their fans, with each show becoming a major event; their 20th anniversary concert in Taipei in March drew tens of thousands of listeners and caused major security concerns in the Taiwanese capital city.

“Going to a Mayday show is like entering a different dimension, but everybody is there together,” said the band’s manager, Julia Hsieh. “You experience the laughter, the touching moments, you cry at the same time, you experience the same thing. Afterwards you just feel warm, you feel strength, you feel the energy that you got. That’s why I think people love to see them every time, regardless of age and who you are.” With such a wide-reach, concert attendees span generations, and often Mayday will see parents bringing their children. “Every time there are new people joining the Mayday experience,” said Ashin. “We make fun of our younger crowds sometimes, saying, ‘This is a song from when you weren’t even born yet.’”

Though they started out as a garage rock band and became known as representatives of Taiwan’s students in their early years, Mayday’s known nowadays for expressive pop rock that appeals across a spectrum of listeners. History of Tomorrow, or Autobiography as it’s called in Mandarin, is a sonic repository of the band’s career featuring songs that detail the passage of time, love, and life based on the experiences of the five members.

All 15 tracks on the album are single-ready, each drawing on what it means to be Mayday and putting the band's story front and center on tracks like “Almost Famous,” a dramatic progressive rock track that paces itself to their career, emulating their early days with a slow, angst-driven melody before eventually building to an upbeat rhythm reflecting more recent days. There are love songs, like “What If We Had Never Met” and "Here, After Us," while others reflect on the band’s longevity, with the pump-up track “Party Anthem” paired with a music video that shows Mayday as elderly friends revisiting the crazy times of their youth.

“Each song represents a different story [and place differently] so depending on where you are, how you’re feeling, who you’re with, everywhere you encounter, it’ll be a different feeling every time,” said Masa.

Ashin wrote all of their early music single handedly, but by the time the band came out with their fourth album, Time Machine in 2003, all five men were involved in steering the creative direction of Mayday. “I changed,” said Ashin, who urged the rest of the band members to get involved, which they were happy to do. “We became competitive in a good way,” said Masa with a grin. “‘You wrote one song? I’ll write two. You wrote a good song? I’ll write a better one.’” Ashin remains the primary lyricist and won the top award in that category at this year’s Golden Melody Awards for the expressiveness of “Almost Famous.”

The emotional relationship between the musicians and their audience is a focal point of many of Mayday’s songs and music videos, with the band infusing their career into the lives of their listeners and vice versa, both lyrically and visually. The connection is based on shared realities, with the music reflecting the lives of both the creators and the crowd; as they age, as the world changes around them, Mayday’s members infuse their brand of rock with what they see and experience.

“As a band, when we do our work it truly reflects our mindset at the time, how we feel about our environment and the world,” said Masa. “As we got older, our thoughts definitely have become different than what they were in the ‘90s, but that truly is reflected in our work. You can see how we grew up and how our point of view has changed, not towards life necessarily but just how we interact and reflect on the world around us.”

Rising to fame before the Internet’s heyday, Mayday’s seen the way the music industry has changed thanks to social media and how they’re able to see instantaneous reactions to new releases. But it hasn’t really changed their dedication to relatable rock, or their creative process at all: it’s just made them even bigger and more accessible. In 2014, Mayday became the first band from the Chinese-speaking music industry to ever perform at Madison Square Garden. Earlier this year, the five men sold out 10 nights of concerts in Hong Kong, and their Life tour will have 50 stops throughout Asia and North America before a final New Year’s concert series in Taiwan.

Mayday uses lengthy concerts as a way to connect with fans, and changes things up each show to ensure that every fan enjoys a once-in-a-lifetime May Date. “We pretty much remake each song we perform, adding new elements,” said Ashin. “We do that because our fans are tough. They expect us to have new stuff every time. So we always remake our songs and throw in a bunch of surprises, mixing songs together.” “‘Tough’ is very mild,” added Masa. “Sometimes they’re very critical.”

Mayday will descend on North America later this year. In November, they’ll hold two shows in Canada and five shows in the U.S. For non-Mandarin speakers, Mayday plans on having subtitles for the song lyrics to create a better concert experience, though Ashin is pretty confident that the emotive nature of their songs exceeds language boundaries. “Even if you don’t understand Mandarin you can still be touched by our music. But because the tour is based on History of Tomorrow, it would be great if everyone had a listen and get a basic idea of its content.” 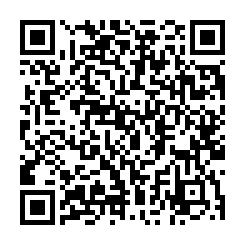